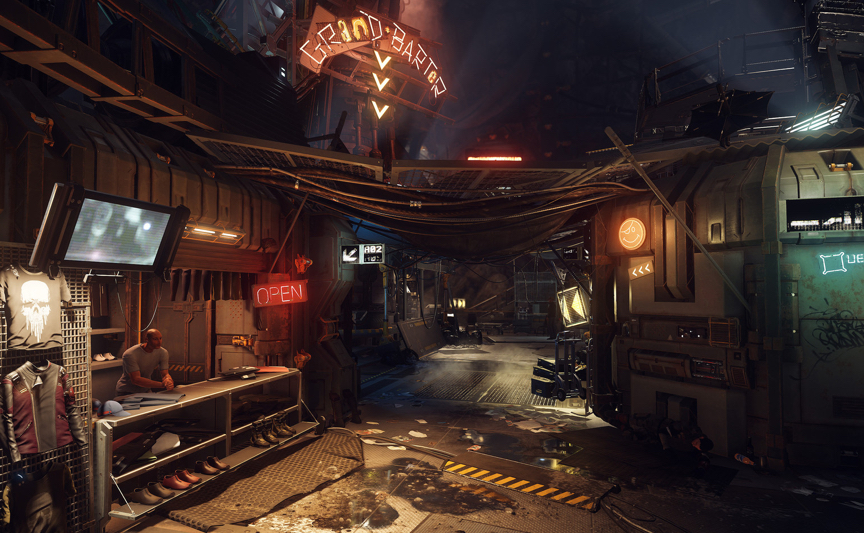 In the year 2948, Humans live on more worlds in more systems than at any other time in history. Corporations are thriving, and trade between ourselves and our alien neighbors has been steadily improving. Xi’an businesses now operate openly in Human space and new trade deals look poised to offer even more opportunities. For the first time ever, a Tevarin has been elected to the Senate and their people have begun to reconnect to their lost heritage. People have a better chance than ever before to live prosperous and happy lives. But it may not stay that way …

The edges of the Empire are besieged by Vanduul raiders and the bulk of the UEE military might is dedicated to waging war against them and pushing back the scourge once and for all. This has placed a significant burden upon the UEE’s budget, one that has already begun to be stretched too thin by growing expenses and massive projects like Synthworld, an ambitious experiment to create a new world from scratch. As the Empire scrambles to make ends meet, corporations and criminal organizations have grown in strength and more weight has been put on militias and private mercenary groups to provide security at home. Some think that the Empire’s time might be coming to end and groups like Terran Separatists or the People’s Alliance are trying to usher in a new era of change as soon as possible.

Additionally, while xeno-diplomatic relations seem to be improving, many critics would argue that not all is what it appears to be on the surface. Can the Xi’an really be trusted to have Humanity’s best interest at heart after centuries of distrust, or is their economic push into the UEE an attempt to weaken us? The Banu have been constant trade partners, but with their continued involvement in the slave trade and their fickle nature, how long will it be before someone makes them a better offer and they betray us? Even at home, some Tevarin are very unsatisfied with their place in the UEE and whispers have spread about the possible rebirth of a Tevarin nation. Our list of enemies may soon include more than the Vanduul.

Amid all of these pressures, both external and internal, you will have to decide if you want to help strengthen the Empire or help bring it all crashing down … 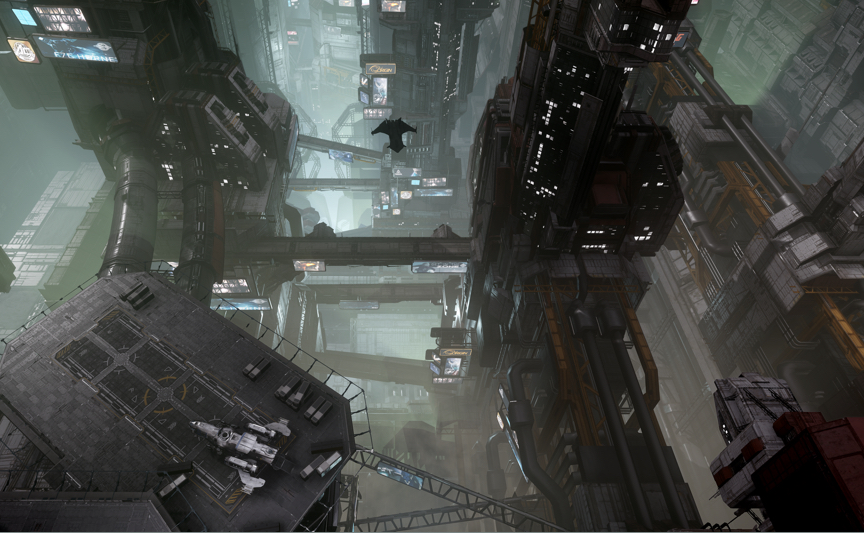 When Humanity launched into the solar system, we knew we were destined for great things. While we still had our differences, expanding out into the universe unified us as a people. Planets could be terraformed to suit our growth and resource needs, so the overcrowding that had plagued Earth was no longer an issue. Humanity joined together to face the vastness of space and the new monumental challenges that lay ahead.

On our journey further and further into the stars, we discovered new alien civilizations. Some were friendly, such as the trade-oriented Banu Protectorate. Others, not so much. The proud warrior-race known as the Tevarin sparked Humanity’s first and second interstellar war. The venerable Xi’an Empire maintained a diplomatic but chilly status with the Humans.

Fighting for our species survival paved the way for Humanity to succumb to its darker nature. A brilliant and manipulative soldier named Ivar Messer fanned the flames of fear to secure himself as the Earth’s first Imperator and forge the planets into a single empire. For hundreds of years, the Messers ruled the United Empire of Earth with unflinching control until finally, the people rose up to overthrow their despotic rulers and transform the corrupt government into an institution of the people.

Today, the UEE is ruled by Senators elected by Citizens from all over the Empire, while the military protects Humanity’s borders in massive capital ships allowing commerce and trade to flourish between systems and species. However, as the century draws to a close, there are new problems looming on the horizon leading many to wonder if the UEE can continue to survive. 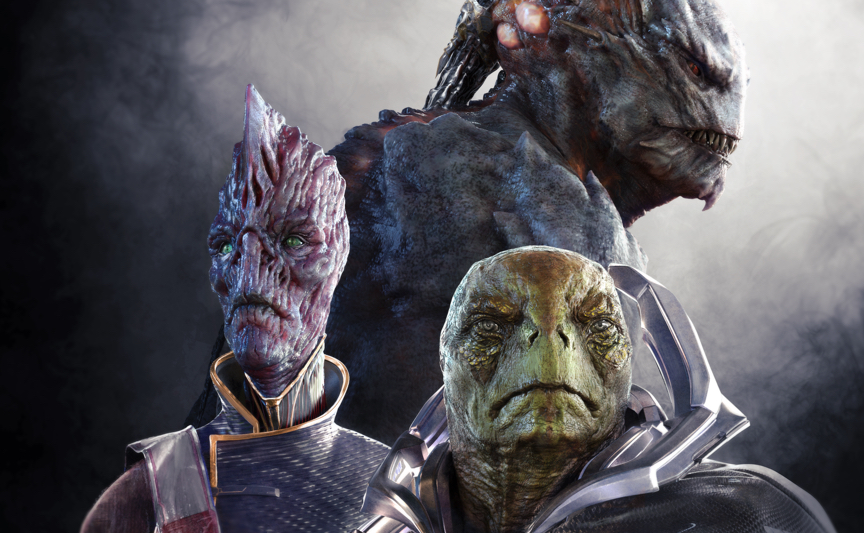 The Banu Protectorate
Humanity’s first interstellar friends. Once our two civilizations came together and signed the first Interstellar Peace & Trade Accord, we began to trade and help each other expand into the universe. Banu society combines the Human concepts of family and corporations into a social unit know as a Souli, a cohabitation centered around a specific business. This Souli system ties in perfectly with the fact that the Banu are the traders of the universe, since each specializes on a single service or good they must deal with other Souli to procure all the necessities they will need. Banu society on a whole is one of flux. Power, wealth, and culture are constantly shifting around the Protectorate in conjunction with the non-stop trading. Very few Souli manage to stay on top for very long. One reason for this is the Banu disregard of history. Deals and contracts, rather than being permanent binding documents, only last as long as the people who made them are still alive. Business is done on a personal level. Combine this with the relatively short average lifespan of just 45-55 years, and it is easy to see why establishing a long lasting dynasty has never been an easy feat. This also leads to the Banu easily embracing change and new technology, though generally Banu are of the mind that if it’s not broke, don’t fix it. For example, it’s not rare for Banu to keep a spaceship in service for several centuries.

The Tevarin
Humanity’s first interstellar enemy … and second. While not as technologically advanced as us, the Tevarin were beginning to strike out into the universe when we first made contact in 2541. A proud, martial society, the Tevarin wanted what we had and struck first. Their strategic brilliance and endurance caused the war to last over four years. In 2603, a new Tevarin Warlord, Corath’Thal, emerged from the corners of the cosmos with a rebuilt Tevarin battle-fleet. Their sole mission was to reclaim Elysium IV, their former homeworld that had been assimilated into the UEE. On June 24, 2610, Corath’Thal suffered a catastrophic defeat at the hands of Squadron 42 at the infamous Battle of Centauri. With his fleet rapidly falling to either destruction or surrender, Corath’Thal mustered his remaining loyal pilots to make a desperate charge to reach their old homeworld. Corath’Thal and his pilots lowered their thermal shields and dove for the planet, giving up their lives to die on ancestral soil. With this second defeat, the spirit of the Tevarin race was irrevocably broken. Those that were left eventually were allowed to settle in the UEE, and to this day, Tevarin still struggle to find their place in Human society.

The Xi’an Empire
The first interaction between Humanity and the Xi’an occurred in 2530 when a company mistakenly attempted to terraform one of their inhabited worlds, and relations have been tense ever since. Distrust grew into a cold war, with both sides protectively patrolling the border between our two empires. Though our relationship eventually thawed after the fall of the Messer regime, diplomacy has been slow and cautious. This is in part thanks to the Xi’an naturally long lifespan. Whereas generations of Humans have come and gone, there are Xi’an still living who personally remember the wretchedness of the Messers. Xi’an society is comprised of ancient matriarchal houses with the most important one belonging to the ruler of the Xi’an, Emperor Kr.ē. The government controls all aspects of life and is present in all things from agriculture, to manufacture, to crime, to land usage. All planets are assigned specific purposes like agriculture or manufacture depending on what the government thinks it is best suited for. That approach also applies to their commercial industry, as houses vie for exclusive contracts to develop a given product or service. Outside of their house, every Xi’an must serve two terms in service to the Emperor and the government — one when they come of age and a second at the end of their life — helping to make their military a formidable fighting force.

The Vanduul
The Vanduul first ‘introduced’ themselves by attacking a UEE colony in the Orion system about two hundred and fifty years ago and things haven’t improved since. The UEE’s entire interaction with the Vanduul has been through combat, and very little is actually known about them as a species outside of the fact that each war fleet acts as a separate clan with its own set of rules and laws. With fierce competition between the clans, the Vanduul that survive to attack Humanity are dangerous to the extreme. The disparate structure of the Vanduul civilization makes it nearly impossible to negotiate with the species as a whole and so far, none of the individual clans offered anything but fierce hostility. Despite the vast resources Humanity has dedicated to hunting them down, they continue to be the biggest fear of colonists and settlements along the border thanks their ruthless efficiency and complete lack of mercy. Several Human controlled star systems have even been abandoned in the face of ongoing Vanduul raids by massive ‘Kingships’ and harvesters. Recently in 2945, after a devastating attack in the Vega system, the UEE formally declared war against all Vanduul Clans and launched a concerted military campaign to finally push back and reclaim the territory they lost.

Kr’Thak
Sworn enemies of the Xi’an, Humanity have yet to encounter the Kr’Thak themselves and know only the sparse details that the Xi’an have passed on. With their systems located on the far side of Xi’an space, the UEE has debated the merits of making contact with the mysterious species.

Welcome to BOANN official site. we are the Gaming Community for you! we love gaming but you already knew that by now, through the different games we play such as; Star Citzen, Euro truck simulator 2 e.c.t we got to know each other, a large number of them know each other in real live.

We have a community of people from different countries, the Netherlands, Belgium, Turkey and other parts of the world, you can be a part of this respect is at the top, that is that we do not reject you based on your origin or who you are.

Within the gaming community we do more than just gaming, we also have other skills, such as developing, you can think of this, scripting (lua, javascript, html, css), programming (php) and whether making 3d modeling, etc. fivem server, website and other related capabilities.

Getting to know eachother ?
If possible, we try to organize a meeting within the community, to play games, eat together and get to know each other better.

We are living now in the year!